Final steps were taken in 2020/21 to prepare the Manual of Uniform Traffic Control Devices for Canada, Sixth Edition (MUTCDC) for publication, including approval of the final report by TAC’s Chief Engineers. Last June, the new MUTCDC was published and made available for sale for use by professionals involved in traffic management and control across Canada. 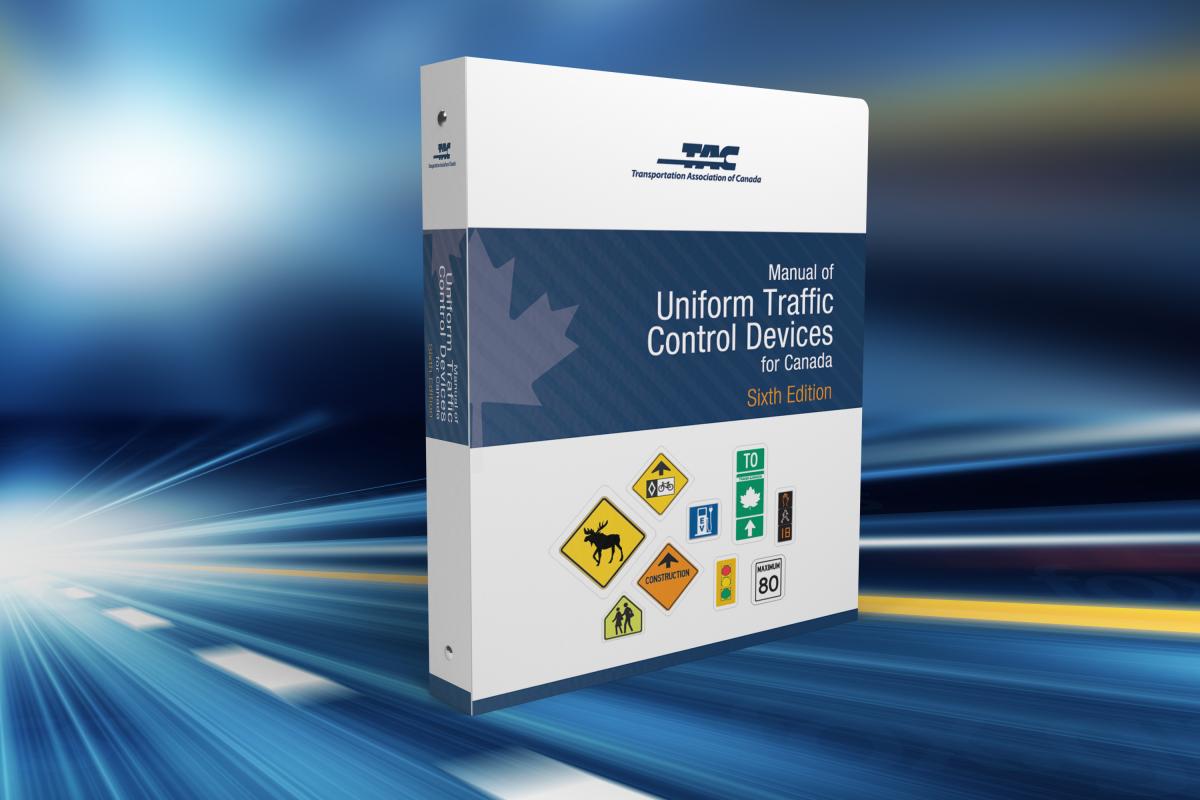 Hart Solomon is a Senior Transportation Engineer with CIMA+ who led the multidisciplinary consulting team for the MUTCDC project. Rob Hird was Chair of the project steering committee and is Senior Traffic Engineer and Deputy Provincial Traffic Authority with the Nova Scotia Department of Transportation and Active Transit. They provided a few insights into the six-year effort.

According to Rob Hird, “the result of the MUTCDC Sixth Edition project is a completely updated Manual that contains more comprehensive guidance with increased emphasis on transit, cycling and pedestrians. The content of the Sixth Edition reflects innovative treatments as well as current practices from across the country and further afield that are based on sound engineering principles.”

Hird also acknowledged that the need for consistency across Canada grows with a wider cross-section of users, both motorized and non-motorized, and the potential for new technologies such as automated vehicles and infrastructure.

When discussing major aspects or areas of focus for the project with Hart Solomon, he indicated that there were several things the Sixth Edition MUTCDC hoped to achieve, including:

Solomon also discussed some of the biggest challenges that the project and consultant teams encountered. These included determining what material from the many available Canadian and North American sources should be included in the new Manual, while maintaining its universal Canadian perspective. Also, defining whether specific pieces of guidance in the Manual were required (must), recommended (should) or optional (may) was something that the project and consulting teams researched and discussed throughout the duration of the project.

He also explained how the needs of vulnerable road users were considered and better integrated in the guidance of the Sixth Edition. First, the new Manual is structured so that traffic control devices for cyclists, pedestrians, trucks, railways, etc. are grouped together within sections like Pavement Markings, Warning Signs and Typical Applications. Grouping the devices this way helps the practitioner select the most appropriate option for their situation or location. Specific guidance provided in the Sixth Edition to help increase safety for vulnerable road users includes:

Rob Hird acknowledged the tremendous collaboration involved in a project of this size, noting, “this Sixth Edition of the Manual was made possible through the generous effort and support of many individuals and organizations: individuals who have devoted many volunteer hours; governmental authorities and many associations and organizations who have generously provided their financial and in-kind support; and the Transportation Association of Canada which has supplied the administrative and technical support. The accomplishment of this monumental task, part of which was during the global COVID-19 Pandemic while many worked remotely, is something to be proud of.”

For more information on the Sixth Edition MUTCDC, including what it is, why it matters, how it was developed, and more, visit the MUTCDC’s dedicated webpage.