An award-winning Dutch design that prioritizes people walking or rolling over turning vehicles aims to become a standard in Canada. 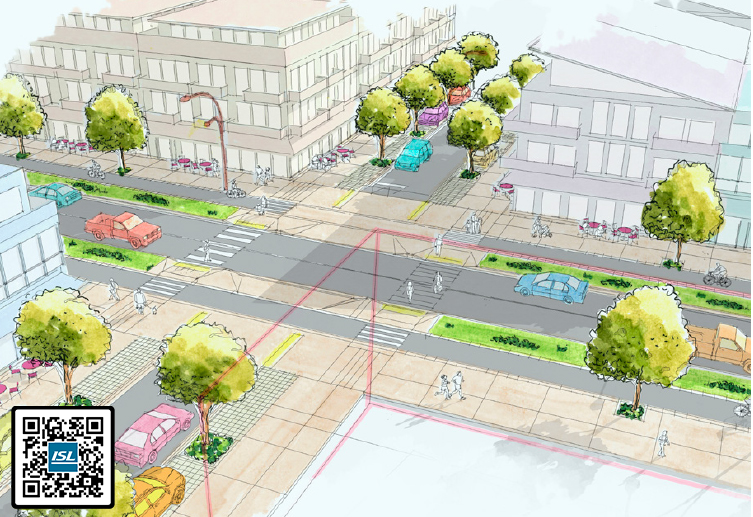 In 2018, when the City of Nanaimo (the City) engaged ISL Engineering and Land Services Ltd. (ISL) to create their Complete Street standards, the results changed the City’s approach for local street design and set new, innovative guidelines for this city and others across Canada.

The City was looking to update historical standards that no longer met the needs of today to incorporate key values of sustainability, safety and inclusion in mobility. The update included guidelines for a new approach to local street intersections, incorporating the principles of Dutch-style continuous sidewalks and bike paths. Common in the Netherlands, it was a new approach in North America at the time -- only Canmore, Alberta, had an example of similar implementation.

The concept is simple: people walking or rolling by bicycle or other micromobility devices are given priority over vehicles through the design. Instead of the typical North American design where pedestrians negotiate curb ramps to cross the local road, the sidewalk stays uninterrupted and vehicles must cross over it. This puts the onus of safety on drivers, as they are crossing pedestrian space, which requires driver focus and awareness. Visual design cues let both pedestrians and drivers know who has the right of way. This approach slows down cars, improving safety for people walking or rolling whether on a bicycle or any other micromobility devices. For people traveling by active modes, barriers to mobility are reduced and walking or rolling along the street becomes much less stressful.

Recommending the principle of continuous sidewalks on local streets came after extensive internal discussions and meetings with emergency services and other stakeholders. Sustainability, an important priority for the City of Nanaimo, was baked into the design criteria, with narrower roads creating less runoff and a reduced width of full-depth pavement structure. The increased boulevard space helped to better manage stormwater and provide snow storage. 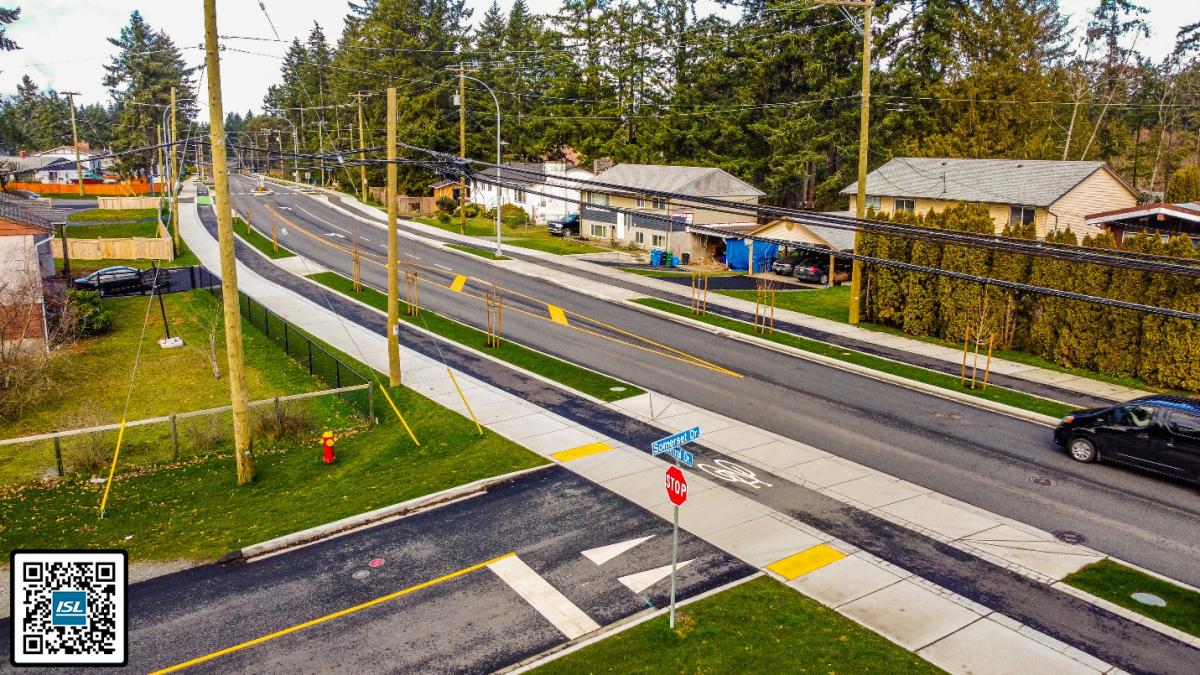 The new standard was first implemented on Nanaimo’s Metral Drive Corridor Phase 1 in 2021. Phase 2 is also now substantially complete. The project included transportation planning, civil engineering, environmental and landscape services for 3 km of roadway and utility upgrades. The roadworks included separated sidewalks and bike paths on both sides of the road, roadway and pedestrian lighting, planted boulevards and medians and bio-swales.

Metral Drive is a great example of progressive engineering standards, the application of safe system principles, and the consideration of micro-mobility to support emerging and future modes of transportation. Since the standards were developed and implemented, and with the benefit of exposure through the awards, numerous cities are now working on similar concepts for continuous sidewalks and bike paths on local roadways in their communities.

With successful implementation, numerous awards and considerable industry interest in the wider adoption of continuous sidewalks and bike paths, ISL representatives are working with other practitioners on TAC’s Active Transportation Integrated Committee toward a new synthesis of emerging practice focused on continuous sidewalks and bike paths. This report will build awareness and hopefully support enhacements to TAC’s formal design guidance, and is expected to be finalized later in 2023.

Thanks to ISL for being a TAC sponsor. Learn more about the company by reading its sponsor profile or at islengineering.com.