TAC is pleased to offer its members and stakeholders opportunities that provide exposure, benefits and visibility across multiple TAC communications and events to thousands of Canadian transportation professionals.

View the profiles of our 2021 Sponsors

Moderated by Jeff Rogstad from CTV Saskatoon, this year’s Opening Plenary Session will offer different perspectives on the conference theme, Innovation and Technology: Evolving Transportation.
Technology is transforming transport and the pace and creativity of innovation is accelerating.  New technologies are improving the efficiency of existing transportation methods, while innovations are poised to entirely reshape the way we move.
These technologies and innovations can be disruptive; they sometimes don’t fit easily with our current ways of doing things.  But, disruptors can also create new opportunities, and encourage bold and creative solutions.
The Plenary will feature experts from the transportation industry and the technology sector: 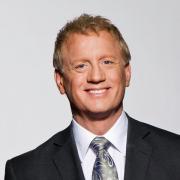 Jeff Rogstad (Moderator)
Jeff Rogstad is both co-host of the Noon News and CTV Saskatoon's weatherman. Jeff was raised in Saskatchewan, and is a graduate of the University of Saskatchewan. A professional actor, his early career took him to Halifax, Toronto and Los Angeles. He joined CTV Saskatoon in 1997. Planet S voters have named Jeff ‘Best Weather Person’ every year since 2004. 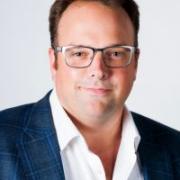 Rory Capern, Vice President, Partnerships, Pelmorex Corporation
Rory Capern has 20+ years of Partnerships experience in the Canadian technology and media industries and was formerly the Managing Director of Twitter Canada.  Before joining Twitter, he was Head of Partnerships at Google Canada for 5 years, and prior to that held roles at Microsoft, Toronto Star, Bell and Boston Consulting Group. 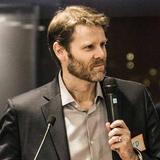 Ted Graham, Head of Open Innovation, General Motors
Ted Graham is the head of Open Innovation at General Motors where he helps identify partnerships that will help build new forms of mobility including autonomous and connected vehicles. He is also the former Innovation leader at PWC and a McKinsey strategy consultant with a focus on understanding and leveraging people networks to influence the spread of ideas. 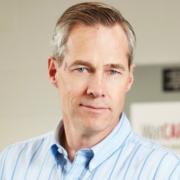 Ross McKenzie, Managing Director, University of Waterloo Centre for Automotive Research
Ross McKenzie is the Managing Director of the University of Waterloo Centre for Automotive Research. He is responsible for facilitating collaborative research between industry partners and faculty. Ross has served on the board of ITS Canada since 2011. In 2016, Ross addressed the G7 Transport Ministers in Japan, summarizing Canada’s activities and initiatives in connected and autonomous vehicles. In 2017, Ross was presented with the Ontario Ministry of Transportation Partnership Award, recognizing his significant contributions to road safety. 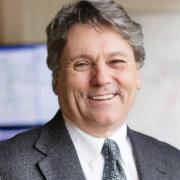 Scott Stewart, Chief Executive Officer, IBI Group
As the CEO of IBI Group and member of the Board of Directors, Scott Stewart is responsible for providing executive leadership to the company with a particular focus on the operational management and execution. As CEO, he continues to be a proponent of technology-driven design — the ethos which underlies IBI Group’s project and product offerings. Scott is active in the community and sits on the Board of both the Transportation Association of Canada and ITS Canada.